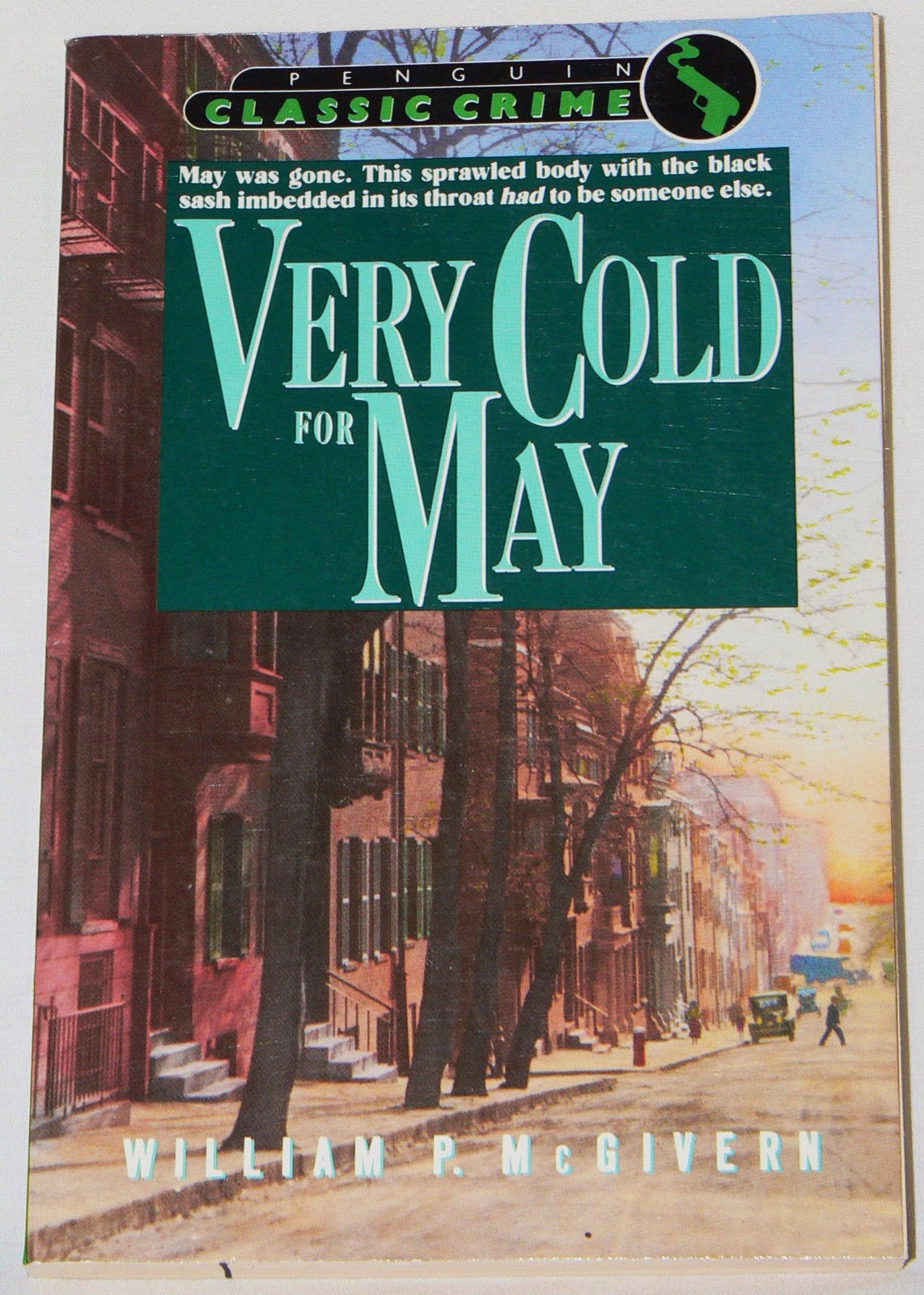 Paul Pine reads McGivern in Halo for Satan, so I decided to have a go at this one. Pine's remark about "PI being brilliant and women in it beautiful" hinted some sort of a trashy pulp, so I was a bit surprised to find it a very classical murder story in the tradition of Agatha Christie. Not really my cup of tea, especially since our main protagonist is some sort of a PR hotshot. Which is pretty fucking high on my top ten list of shitty professions.

But it turned out to be quite good and exciting. It deals with government corruption, moral hypocrisy of officials, war profiteering and media spin-offs that cover up all this shit. Murder mystery and our hero's personal dilemmas (also related to his marital problems) are elegantly placed in this background of post-war America.

However, it has to be said that it is a bit weak on the plot. As likeable and engaging as he is, Jake is not a very good detective at all. He is simply lucky to break the case because he gets his main clue from a slip of the tongue of one of the villains. Both whodunit and the following twist are not very believable (the twist is surprising, though), and the "revealing" scene with a complete cast assembled in a true Poirot tradition is totally unnecessary. I also found bits that (I guess) were supposed to make this a bit more hard-boiled (cop friend and that ageing mafioso type) a bit redundant.

But still, it was a good and entertaining reading. Reminded me to read classical mysteries more often.

Object of desire:
May Laval's diary. She's writing her "tell-all" memoirs book based on this diary that would expose the dirty deeds of many influential people ranging from gangsters to politicians and businessmen.

Dames:
May Laval, once beautiful model who still craves attention and tries to get it by publishing her controversial book. Then there's Jake's soon-to-be-ex (?) wife Sheila and ass-hole Riordan's wife, Denise. May is definitely the most interesting one of the three, so it was too bad she was the first one to go.

Title:
A word game that I didn't find as amusing (or intriguing) as it had probably been intended. I mean - May is dead and dead people are very cold.

Cover:
This has to be the dullest cover so far on this blog. Have no idea what kind of a message art directors at Penguin tried to convey by putting some old picture of an empty street on the cover. Surely it's not suggesting that Chicago has become a ghost city because of all the corruption etc?

Cool lines:
"Jake, you act like you you're tired or something."
"I was taken unexpectedly drunk last night," Jake said, and winced. He wondered if he were likely to develop into the sort of graceless idiot who was never at a loss for rakish comments about his hangovers.
Posted by Jure P. at 9:48 PM