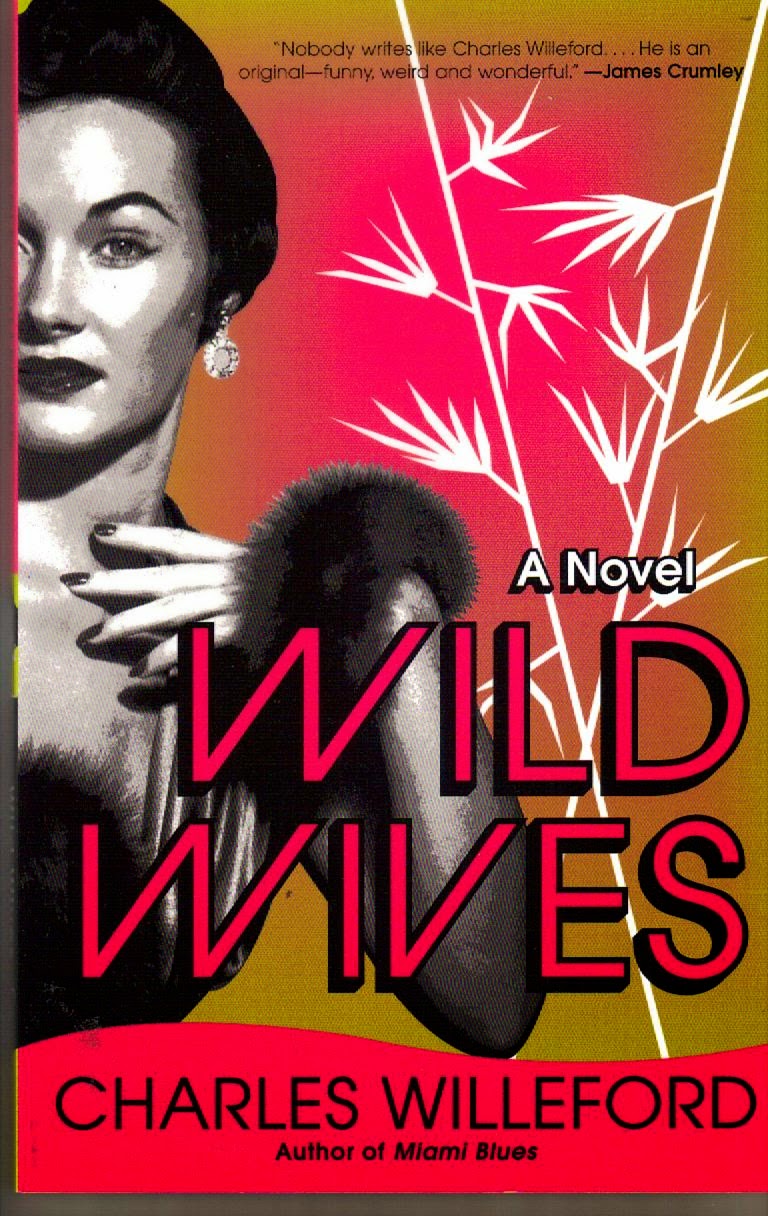 PI Jake Blake is sucked/suckered into two love triangles in a single day. The first one is kind of amusing (at first), but the second one is violent, sexy and ultimately deadly. Man is killed, and Jake and his femme fatale accomplice must hit the road to Mexico to escape the electric chair. Passion cools down pretty soon and fades out completely when money (or lack of it) gets involved. A tragic conclusion is inevitable, and justice will be served in the end - in the "Postman Always Rings Twice" manner.

Not sure where to start. I love Hoke Moseley stuff, but I didn't know what to expect from this one, written 30 years prior. Was Willeford's quirky style already distinct and memorable so early on, or was this going to be just another detective novel?

Such concerns were dispelled right away. There is a classical opening scene with a detective sitting bored and jobless in his crummy office when a femme fatale walks in with a gun. But here, our damsel in distress is a teenager with a water pistol! Hehe, nice touch. The whole thing quickly takes a more serious tone, but as the story progresses, it soon becomes pretty clear (and cool too!) that this will not be a detective story. It's instead a "crime of passion" kind of thing in which the main protagonist just happens to be a private detective. In other words - Willeford is playing with the genre, and he's using one classical crime/mystery template to tell a story of another one.

The most enjoyable part of this was that I didn't even have time to think about such matters because the pace was so furious. Towards the end, it reaches almost comical intensity. The Las Vegas wedding scene with a gin soaked witness sleeping in the chapel (one page) and the one in which Jake wins $1400 on a dice game (two paragraphs) are both unforgettable. It says "A Novel" on the cover, but with less than 100 pages, I think it qualifies more as a novella. Either way, it's impossible to put it down once you start reading it.

Could go on and on about this little masterpiece, but instead, let me just finish this post by saying: "Read It!". Can't think of many better ways to spend a couple of hours of your life.

Dames:
At the beginning:

Florence had something that I'd never run into before in my entire life. During the many years I had spent in the army, I'd met women in Paris, Berlin, Manila and Tokyo, but never, never one like her before. The mundane domestic variety I'd clashed with in the States I didn't count at all--I decided to stick it out for awhile to see what would happen.

And a bit later:

I hadn't realized it before, but Florence Weintraub was just about as dumb as a woman could get. When it came to any thinking, I realized, I would have to do it all.

Blackouts:
He drew his fist back. I saw it coming but I didn't feel it. It was a sure-shot solar plexus blow and the film turned a dirty black, interspersed with shooting stars...

Title:
It's, of course, about Florence, but I'm not sure why plural is used. She has mental problems, but it's never explicitly specified that she is a schizophrenic.

Notable cover blurbs:
This one from Elmore Leonard is well known, but let's just put it here for the record (and play a little with a typeface):
"No one writes a better crime novel than Charles Willeford."


Cool lines:
"Now, try this: I call it a Desert Wind. Nine-tenths gin, one-tenth vermouth. No olive. No onion. Nothing, just a toothpick."
I sipped the Desert Wind. "It's fair," I said, smiling, "only next time, skip the toothpick. The wood absorbs too much of the gin." [The Coolest!]

"Go to your room!" He told her fiercely.
"Fuck yourself," she remarked quietly and wandered over to the fireplace.
"I wanted to take a look at you, Blake," he said, ignoring Florence's suggestion.
Posted by Jure P. at 11:55 PM