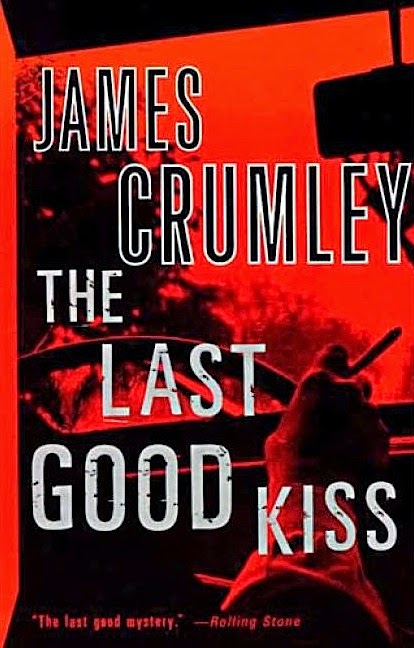 Private detective C.W. Sughrue is hired by the wife of an alcoholic writer to find her hubby and bring him back home before he drinks himself to death. The man has been on a crazy binge covering several thousand miles, and C.W. had always been one step behind him until he finally lost the lunatic and gave up on his search. But then madame informs him that she received a postcard from San Francisco with the following "cryptic couplet": "Dogs, they say, are man's best friend, but their pants have no pockets, their thirst no end."

A bit weird message indeed (remember, the guy is a writer) that can be interpreted in many different ways. Still, it immediately makes our hero (remember, he is a detective) start looking for an alcoholic dog "hanging" around the bars in the San Francisco area. After three days, he does find this beer-drinking beast named Fireball Roberts in some "ramshackle joint", and yes, he is getting intoxicated with elusive Abraham Trahearne. Our protagonists then form a weird friendship (and together with bulldog Fireball!) start the unforgettable journey.

Fueled with booze and with most of it happening on the road, this is probably the closest to some sort of Gonzo hard-boiled mystery I'm ever likely to read. But having said that, it doesn't mean that this is some light and comical easy reading. It is, in fact, very fucking dark, and it takes its crime aspect deadly seriously.

Two stories intertwine. I'm generally not particularly fond of the technique because it always results in some big twist revealing that the stories are, in fact, related. Surprise, surprise. But it can work if (a) plots are solidly constructed and (b) the novel is written by a skilful writer. And in this one, it works beautifully.

How can it not work with the main characters both damaged by war (younger with Vietnam, older with WWII)... an alcoholic writer with a block... married to a beautiful wife who waited for him during the war... Doesn't ring a bell? Check out the 'Title' section of the facts below ;)

Location
Impossible to list all the places that C.W. drives to in his El Camino. Starts in Montana, then his first lead takes him to San Francisco and from there to Bakersfield, Spring Creek NV, Denver,  Columbia Falls, Salt Lake City, Colorado and back to Montana.

Dames
Ex-wife Catherine - "She could have passed for thirty. A great thirty- And she damn well knew it." Plus Betty Sue aka Melinda

Blackouts
He gets punched when trying to find a key to his hotel room after returning from town, so now he's "tired of trying to get drunk without success".

Title
Two possibilities. When he kisses Catherine "so hard it blurred the careful lines of her lips, mussed her hair, and made her drop her carry-on bag", she responds by saying, "You bastard. That was the last one." (note that she does not explicitly specify it was the last good one!). Towards the end, there's the more profound and fatalistic kiss of Betty Sue, and she simply whispers: "Thank you for everything."

Hard to decide. I think this book should be called "The Last Good Kisses". The second one seems more probable, but I would still go for the first one. The thing is that kiss scene is immediately followed by a paragraph in which C.W. contemplates his life and this paragraph (which is pretty cool btw) contains the following sentence: "My future [seemed like] a series of long goodbyes." So I would like to think that Crumley gave the nod to Chandler's masterpiece. Or was he just arrogant and suggested that every one of his future books would be as good as The Long Goodbye?

Cool lines
"In what condition did you find him?"
"Drunk," I said, not specifying which of us.

"Unlike yours, old buddy," I said, "mine act ain't act." Then I grabbed his wrist and squeezed the heavy silver bracelet into his soft flesh. "Intellectual discourse is great, man, but in my business,  violence and pain is where it's at."[The Coolest!]

Back in town, I worked a couple of divorces and repossessed a few televisions from households where domestic strife was the commodity of exchange. It worked like a charm. My cynicism restored itself, and my bank account remained flush.
Posted by Jure P. at 11:23 PM