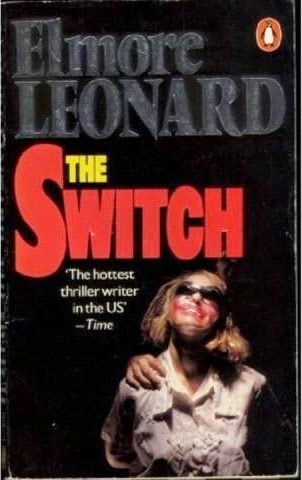 Last Wednesday marked the first anniversary of Elmore Leonard's death, and what better way to pay maestro respect than reading one of his novels? Had this one sitting on my shelf for several weeks, and it was the perfect time to check it out.

It's a story about the kidnapping that goes wrong (as all abductions eventually do). This time the fuck-up happens because the husband doesn't really want his wife back (furthermore, he prefers her dead) and also because, to be honest, Louis and Ordell are hardly some hard-core professional bad-ass criminal types.

A bit crazy, full of weird black humour that fluctuates between thriller and (almost) comedy. At times pretty unreal and even unbelievable, but the story somehow holds water. At least I was unable to find some big plot holes or inconsistencies.

It's, of course, all about the characters. Nobody (except Willeford) does them better than Elmore Leonard. Once again, it was such a joy to follow their introductions (or audition as Leonard used to call this stage) and further developments. Felt like the author really liked them and had lots of fun moving them around like figures on the chessboard, disposing of them (Marshall) or introducing some new ones (Melanie). My only minor criticism would be regarding Frank because he really is a bit too cartoonish and stereotyped asshole yuppie.

Hero:
No central hero in this one. At first, I liked Ordell (probably because Samuel L. Jackson was so cool in Jackie Brown), then I started to cheer for Mickey (she liked George Carlin btw), but in the end, I think Melanie won over them all.